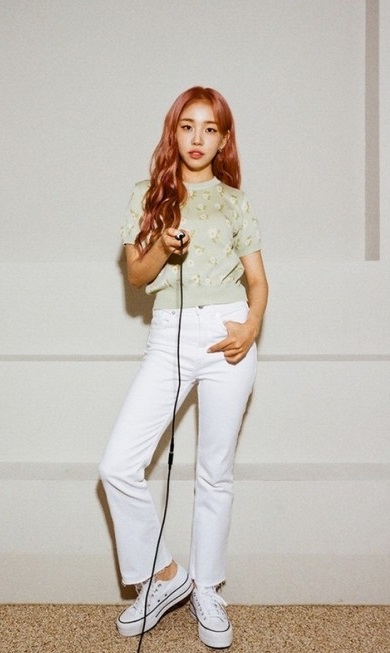 Singer Baek A-yeon proved her ability to pull off all-around with a film-like special photo.

Baek A-yeon released a special photo of her fifth mini album “Observe,” which will be released on September 7, on her official SNS at midnight on August 27, completing the three self-shoots.

Following full-body and close-up collection cuts, the third special photo consists of a film concept. Baek A-yeon caught the eye with a variety of poses and facial expressions that match the vintage atmosphere and lighting.

In particular, Baek A-yeon, who introduced different styles in the three special photos with her coveted pink long hair, proved her ability to pull off all-round concepts and bright energy once again.

This special photo is a gift-like content designed for fans who have been waiting for Baek A-yeon’s comeback for a long time. Baek A-yeon challenged herself to take self-shoots, creating more attractive photos in a natural atmosphere.

Baek A-yeon plans to raise fans’ expectations by releasing additional colorful contents before the release of “Observe” on September 7. Attention is focusing on what kind of charm the title song, “What if I don’t want to do anything,” which predicts a representative empathy song for the second half of 2021, will be for listeners.