A murderous game schedule if Israel loses a match that 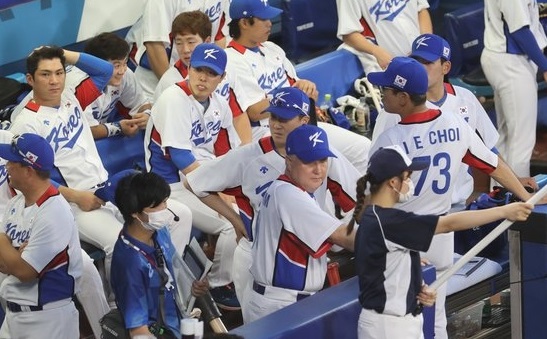 A murderous game schedule if Israel loses a match that needs to be won.

There is a reason to win the “return match” against Israel. It’s a schedule.

The national baseball team led by coach Kim Kyung-moon is carrying out a tight schedule at the Tokyo Olympics. After the first group match against Israel on the 29th of last month, the team had a second group match with the U.S. on the 31st. He advanced to the knockout stage with the second place (1 win and 1 loss) in Group B and played against the Dominican Republic, the second place in Group A, on the 1st. He played three games in four days.

But if you lose the “return match” against Israel, you have to face a “murderous” game schedule. If the team falls into a consolation match after losing, it will have to play every day from the 3rd to the 5th to advance to the top round. If this happens, he will play as many as seven games for eight days from July 29. It’s a hectic schedule. On the other hand, if he wins the “Return Match,” he will face the winner of the Japan-U.S. match on the 4th (at 7 p.m. on the 2nd). The future schedule will be 180 degrees different depending on the outcome of the win or loss.

The national team predicted Hanwha Kim Min-woo as the starting pitcher for the second round of the knockout stage. Kim Min-woo pitched as the third pitcher in the second group match with the U.S. in this tournament, and struck out one third in one and a third innings. At that time, only 13 pitches were pitched.

Israel’s starting pitcher is Joey Wagman, 30. Wagman pitched in 124 minor league games (28 starts) and recorded 21 wins, 17 losses and 6 saves with an ERA of 4.43. He started the group stage match against the U.S. on the 30th of last month and became a pitcher who lost three innings with four hits (1 home run) and three runs.