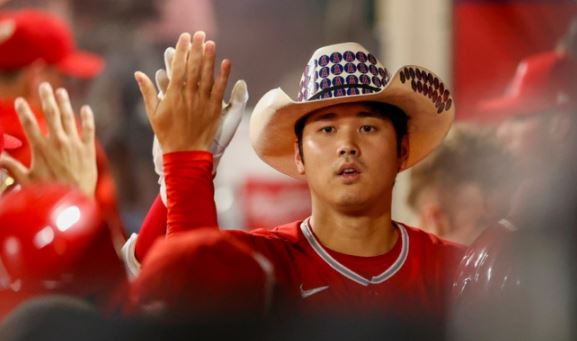 On the 17th (Korea Standard Time), Otani expressed his feelings about the end of the season on his SNS.

Ohtani said, “Thank you for your support this year, too. I am thankful that I could play baseball happily every day. I ask for your enthusiastic support next season,” he said, leaving a thank you message to his fans.

He also revealed his position on the WBC, which is drawing attention.

Regarding the participation in the WBC, which has been talked about since the middle of the season, Hideki Kuriyama expressed his intention to play. “I’m looking forward to playing baseball in front of great players from all over the world and Japanese fans for the first time in five years,” he wrote.

Otani, who went to the U.S. through Japanese professional baseball, stood tall as an irreplaceable player by continuing his “binary job of pitching and hitting.”

This year, he achieved the first-ever regulation innings and regulation at-bats at the same time. He recorded 15 wins, 9 losses, and 2.33 ERA on the mound, sweeping 0.273 batting average, 34 home runs, and 95 RBIs in his at-bat.

It has yet to be decided whether Otani will also play a pitching and hitting job at the WBC, but Japan’s power, which has been joined by former MVPs in the big leagues, has no choice but to go up one step further.

In the opening game of Premier 12 in 2015, he scored two hits, two walks, 10 strikeouts and no runs in six innings, and in the semifinals, he beat Korean hitters with one hit and 11 strikeouts in seven innings.