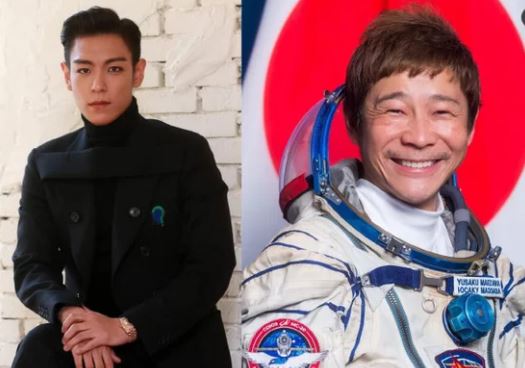 Top (real name Choi Seung-hyun) from Big Bang will be the first Korean celebrity to travel in space.

According to multiple officials on the 6th, Top was selected as one of eight artists to participate in the space travel project “#dearmoon” (Dear Moon) organized by Yusaku Maezawa, a famous Japanese billionaire. The ‘#dearmoon’ project will be implemented next year (2023).

Yusaku Maezawa is a billionaire entrepreneur famous for being the founder of e-commerce company Start Today and the founder of Japan’s largest online shopping mall, Jojo Town. He is also known as an art collector. It is called “Japan’s Elon Musk” for its unique ideas and unconventional moves, and it drew public attention in 2018 when news broke that it would be the first civilian to tour the moon on SpaceX’s spacecraft BFR in 2023.

Along with this, Yusaku Maezawa announced that he would fly in space with eight artists as part of an art project titled “#dearMoon.” In particular, he drew attention by saying that he would pay for all eight travel expenses selected. In the process, two qualification conditions were suggested that it could grow significantly through △ space travel and help humanity and society, and that it could also be able to “support” △ passengers. The spaceflight project is planned to run over six days in 2023.

Meanwhile, Top, who debuted as the group Big Bang in 2006, left YG Entertainment in February. Declaring to stand alone, he has turned into a wine businessman and is revealing related updates. There is no action yet regarding the return to the entertainment industry.