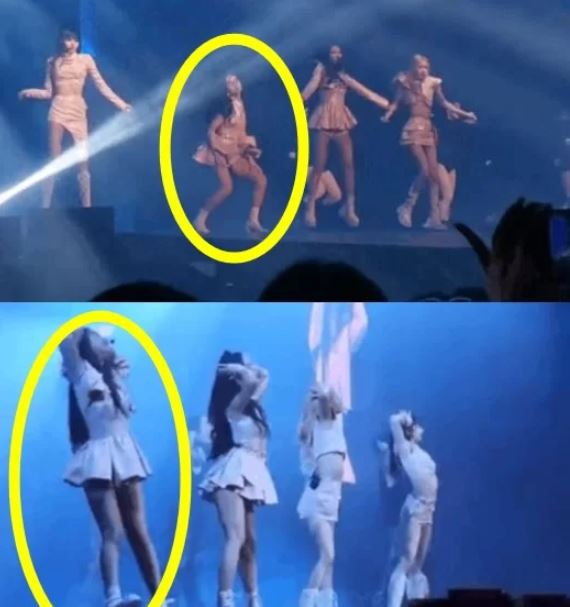 While the group BLACKPINK is continuing its concert, it is being criticized for frequent choreography mistakes.

BLACKPINK started its first performance at KSPO DOME (Olympic Gymnastics Stadium) in Olympic Park in Seoul on the 16th of last month, and opened the beginning of the world tour in four years since the 2018 world tour.

Currently, BLACKPINK is performing 14 times in seven cities in North America alone, including Dallas, Houston, Atlanta, Hamilton, and Chicago, and it is known that it is being criticized by some domestic and foreign fans.

According to the recent video of the BLACKPINK concert stage shared online, Jennie, a member, could not perform some moves as if she had forgotten the choreography, and she lost her balance during the choreography and fell backwards.

Jenny was not the only member who showed an inexperienced appearance in the choreography. All the members are doing the same movement, but there have been several scenes that seem to be doing different choreography.

In this regard, there seems to be a lot of complaints from overseas fandom, and “mes” was exposed at the top of the search term related to “blackpink concert” in the YouTube search box.

Domestic Internet users responded in various ways, saying, “I think it’s a lack of practice,” “Maybe it’s natural because I’ve accumulated years,” “I’m sorry for my main job because I’m focusing on my personal activities,” and “I was thinking about going to a concert.