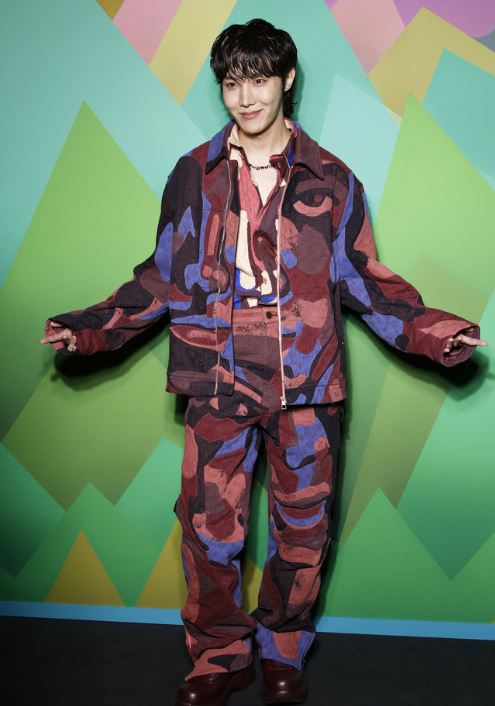 J-Hope, a member of the group BTS shined Fashion Week.

J-Hope drew attention from local reporters and officials with his relaxed facial expressions and gestures. As a fashion icon, he also dressed up in colorful clothes.

J-Hope left for Paris via Incheon International Airport on the 18th to attend Fashion Week. At the time of departure, “It’s my first time going to a fashion show. I’m nervous,” he said.

J-Hope made his debut as a solo artist after releasing his first full-length album “Jack In The Box” in July last year. I was afraid that the music and stories of the style that had been kept silent would be fully conveyed to the listeners, but J-Hope, who put his heart and soul into the work, was praised for solidifying the foundation of the original music world.

Amid the enthusiastic love of music fans around the world, J-Hope achieved great achievements, topping the iTunes “Top Song” charts in 84 countries and regions and ranking 82nd on the U.S. Billboard main single chart “Hot 100.” British music magazine NME rated J-Hope’s solo album with a perfect score of five, while Rolling Stone, a leading U.S. music magazine, ranked it ninth in the “Best Album of the Year Top 100.”

Instead of staying there, J-Hope participated in the singer Crush digital single “Rush Hour” released in September last year as a featured artist and lyricist. Their collaboration led to valuable achievements, including No. 1 on iTunes Top Songs charts in 41 regions, No. 2 on Billboard World Digital Song Sales Chart, No. 28 on Digital Song Sales Chart, and No. 1 on domestic music charts.

He is also attracting attention as a performer. J-Hope was officially invited to “LOLAPALOOZA,” a large music festival held in Chicago in July last year, and performed for about an hour. It is the first time in a U.S. performance company that a Korean singer has decorated the main stage of a major U.S. music festival.