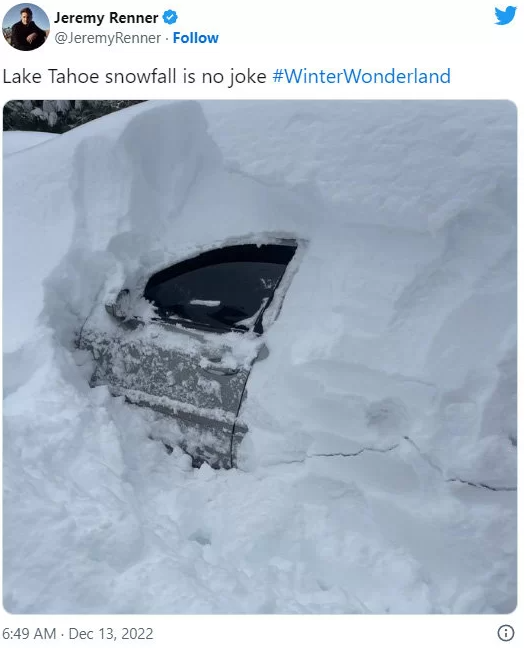 Jeremy Renner seriously injured during snow removal…”He’s in a critical but stable condition.”

Hollywood star Jeremy Renner (51), famous for his “Hawk Eye” of the Marvel Cinematic Universe (MCU), was seriously injured during snow removal on the 1st (local time) and is being treated at a hospital, according to major U.S. media such as Deadline and Variety.

A spokesman for Renner said: “We can confirm that Renner is in a critical but stable condition after being injured in a weather-related accident while clearing the snow this morning.”

He is with his family and is under close care, the spokesman added. No specific injuries have been identified.

According to the deadline, Renner was flown to a hospital.

There was no mention of the location of the accident. However, Renner owns a ranch north of Lake Taho in the Sierra Nevada Mountains. According to local media, a snow storm hit the area at the end of last year, causing 35,000 households to suffer from power outages. In recent weeks, a “snowstorm of the century” has swept through North America, killing at least 60 people across the United States.

Renner also posted a photo of the heavy snow on Twitter on the 13th of last month, saying, “The heavy snow in Lake Taho is no joke.”

He also posted several videos of driving a snowplow himself on Instagram, with a message saying, “We have almost completed a sledding hill for children.”

He was nominated twice for Best Actor at the Academy Awards for his 2010 film “Hurt Locker” and 2011 “Town.”