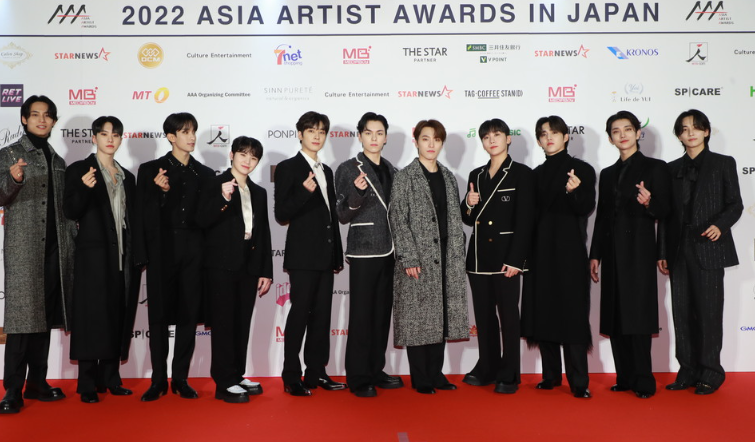 An official from SEVENTEEN’s agency Pledis told Star News on the 3rd, “It is right for SEVENTEEN’s Boo Seungkwan, Jeonghan and Mingyu to work on the OST of the Japanese drama with Katori Singo.”

On this day, major Japanese media reported that Seventeen and Katori Singo will collaborate with their new song “Betting.”

According to local media, Katori Singo and Seventeen met last summer to deepen exchanges, and they worked together to work on OST.

“Betting” is the OST of Japan’s Fuji TV new drama “War of Traps,” starring Tsuyoshi Kusanagi, a former SMAP. The melody, truck, and lyrics of the song were completed as Seventeen’s Woozi and Bumzu exchanged opinions with Katori Singo several times.

Meanwhile, SEVENTEEN won the AAA Hot Trend and AAA Pebulous Singers categories, including AAA Singer of the Year, one of the grand prizes, at the 2022 Asia Artist Awards (2022 AAA) held at Nihon Kaishi Hall in Nagoya, Japan on December 13 last year.