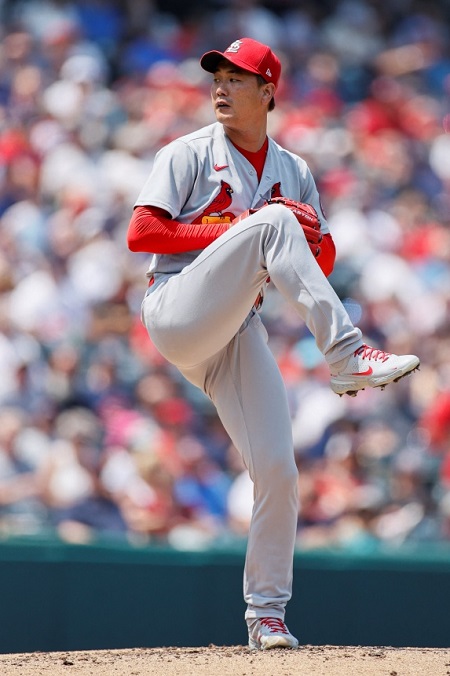 Kim Kwang-hyun pitched as the team’s fourth pitcher in a home game against the Detroit Tigers at Bush Stadium in St. Louis, Missouri on the 25th (Korea time), recording two walks and two strikeouts in two innings without a hit. It is the first time in about a year since he took the mound in his Major League debut last year.

Kim Kwang-hyun, who took the mound on behalf of Andrew Miller in the first half of the sixth inning, made two consecutive three-way retirement innings to announce that he is in a good condition. Kim Kwang-hyun, who gave Miguel Cabrera his first on-base walk in the eighth inning, also showed off his pitching as he struck out the next two batters in a row.

In the game had said he “Kim Kwang-hyun is 45 and in the bullpen will throw a ball” is director Mike swilteu Regarding this, various local media such as Yardbacker said, “St. Louis will not want to increase the risk by putting Kim Kwang-hyun back in the starting rotation.”

Currently, St. Louis’ starting rotation consists of Jack Flaherty-Adam Wainwright-Miles Mycolas-John Lester-J.A.Happ. However, Flaherty, who started the day, left the mound in two innings, raising the possibility of injury. If Flaherty’s injury is confirmed, chances of Kim Kwang-hyun returning to the rotation will increase again.