On the 8th, Ahn Woojin included the “list of participants”… 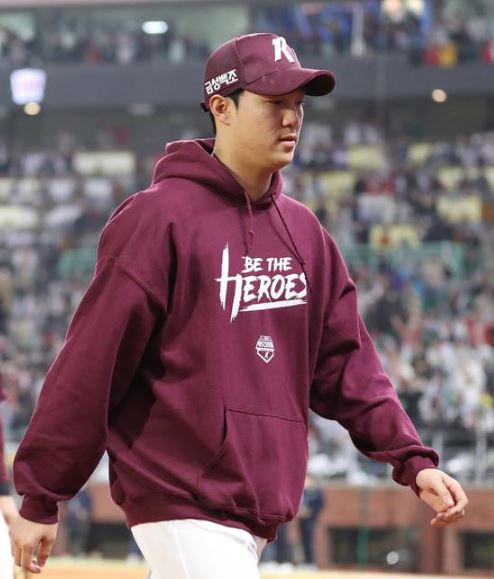 On the 8th, Ahn Woojin included the “list of participants”…”The symbol of going to the end”

Right-handed pitcher Ahn Woojin (23, Kiwoom Heroes) was excluded from the list of players who did not play.

Kiwoom manager Hong Won-ki named catcher Kim Si-ang and left-handed pitcher Yoon Jung-hyun as players who did not play in Game 6 of the Korean Series (KS, four wins in seven games) at SSG Landers Field in Incheon on the 8th. Ahn Woo-jin, who recorded 100 pitches the previous day amid finger blisters injuries on behalf of the two players, was included in the “players” list.

Asked if he was waiting in the bullpen, coach Hong Won-ki said, “It’s not an atmosphere, it’s a symbol. I think you can look at it like that. He said, “I don’t throw it, but I think it’s a symbol that always goes to the end.” He added, “Even if Ahn Woo-jin doesn’t throw it, it can be seen as a sign that he always plays with him on the entry.”

When asked if there is a slight possibility of Ahn Woo-jin coming out, coach Hong laughed, saying, “I will open up all possibilities.” He then said, “I threw 100 yesterday with all my might. As of yesterday, it can be said that Ahn Woo-jin has done his job. “I will tell you (that I won Game 6 of the KS) that I can throw it again in this interview tomorrow,” he said. Kiwoom, which has two wins and three losses in the series, will end its first KS championship challenge if it loses the game. 먹튀사이트