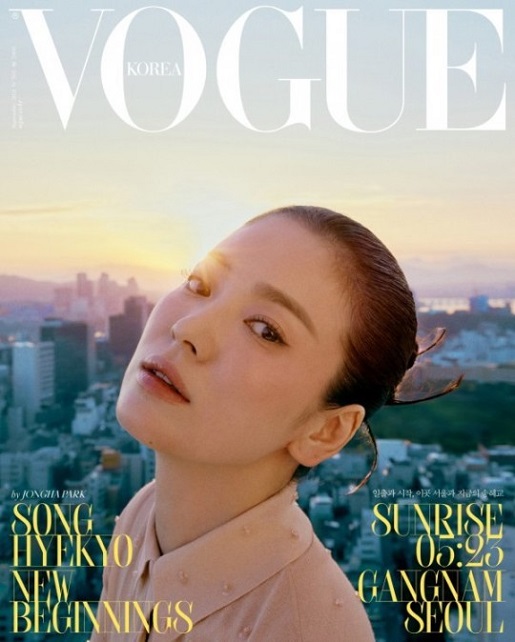 The cover of the September issue of VOGUE Korea with actress Song Hye-kyo working as an ambassador has been unveiled.

The pictorial was completed under the theme of “New Beginnings,” Vogue’s 27-nation project. Standing in front of the rising sun, which seems to represent “New Beginnings,” Song Hye-kyo is in harmony with the 2021 FW Women’s Collection, which marks the new start of creative director Kim Jones, who joined the brand this year.

In particular, Song Hye-kyo, in the cover and pictorial, perfectly pulled off this season’s flagship collection of sequin-detailed skirt looks and fringe dresses with her unique restrained eyes and poses. You can also see witty directing with a playful face on your head, and pictures with a dreamy atmosphere buried in flowers.

The pictorial, which shows the diversity of Song Hye-kyo across the boundaries of charisma and wit, will be released on the September 20 issue of Vogue Korea Magazine and its official website on August 20.