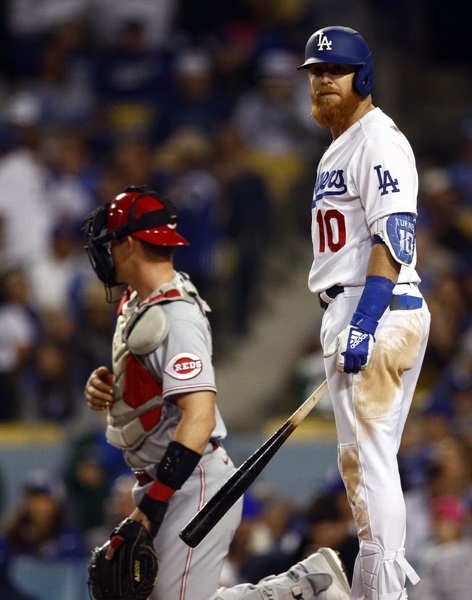 His batting average of the season is still in the 0.16. It’s an incredible slump.

Justin Turner (38), who is also famous as a best friend of Ryu Hyun-jin (35, Toronto Blue Jays), is in a severe slump as the LA Dodgers discovered a “pearl in the soil.”

Turner started as the fourth designated hitter in a visiting game against the Pittsburgh Pirates in the 2022 Major League Baseball at PNC Park in Pittsburgh, Pennsylvania, on the 10th (Korea Standard Time), but only walked one walk without hitting in three at-bats. Turner’s batting average for the season fell to .168 with no hits on the same day. The Dodgers also suffered an empty ball and lost 1-5. The Dodgers are ranked first in the National League West with 19 wins and 8 losses, but Turner’s slump continues.

The official website of Major League Baseball (MLB.com) said of Turner’s slump, “Turner has been a key player for the Dodgers for almost 10 years, but he is making an unforgettable start this year. Turner, who was selected as an All-Star last year, has struck out 11 times with a batting average of .127 (7 hits in 55 at-bats) in the last 15 games, and he hasn’t hit any hits in 9 of them”I’ll be patient until Turner recovers from the plate, but it’s pretty hard for the 37-year-old,” Juss said.

Inspired by Turner’s steady performance, the Dodgers signed an extension contract for two years and $34 million ahead of the 2021 season. This year alone, the annual salary is 16 million dollars. However, this year, the annual salary has not yet been achieved. Turner is a close friend who keeps in touch even after Ryu Hyun-jin moves to Toronto. Ryu Hyun-jin also has a 13.50 ERA due to injuries and sluggishness, so he is likely to feel sympathy