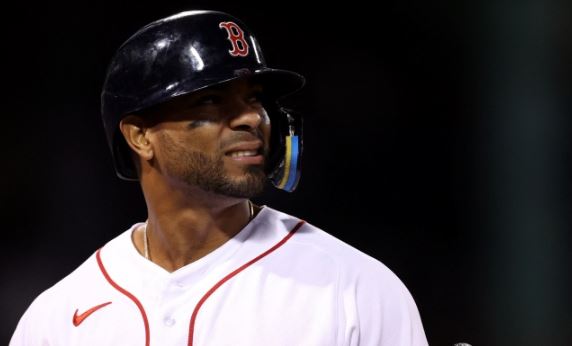 If big shortstop Xander Bogaerts (30) comes to San Diego, it will be the worst scenario for Kim Ha-sung (27).

NBC Sports, a U.S. media outlet, said on the 30th (Korea Standard Time), “Considering Bogaerts’s pride in playing as a shortstop, it is unclear whether he will come to San Diego and willingly agree to a position change.”

Bogaerts’s recent future has become a hot potato in San Diego. Bogaerts is an All-Star shortstop who made his debut in 2013 and recorded a batting average of 0.292, 156 home runs and 683 RBIs and an OPS of 0.814 in 1,264 games. In Boston alone, one of the most popular teams in the Major League, he won five shortstop Silver Slugger and was also selected as an All-Star four times. Even though he is a shortstop position with a heavy physical burden, it is attractive to show steady performance in offense and defense without injury every year. San Diego wants to recruit Fernando Tatis Jr. (23), who has a weak defense, and Kim Ha-sung, who is disappointed in hitting, to fight against the LA Dodgers.

The problem is Bogaerts’s pride. NBC Sports said, “I got angry when I asked Bogaerts to vacate the shortstop position to make room for shortstop Trevor Story, which Boston recruited as an FA last spring. So Boston moved the story to second base instead. “Story only played 94 games due to injury, but he showed excellent defense and power,” he told the back story.

Story is also a former star who has shown good defense by playing only as a shortstop since his debut in Colorado in 2016. There is no way to give up the shortstop position to Kim Ha-sung, who did not give up to him either. If that happens, Kim Ha-sung is likely to fall into a utility again.

NBC Sports said, “Kim Ha-sung, San Diego’s main shortstop, is considered an outstanding defender who can switch to a utility role and a batter with a major league average. “Tatis Jr., who is constantly worried about his shoulders, can move to the outfield,” he explained. “If either Kim Ha-sung or Tatis Jr. is lacking, the sure hole in the infield is the first base where Eric Hosmer left. Jake Cronenworth has experience with first base, but he is unlikely to move to another position because he was an All-Star at second base. The same goes for third baseman Manny Machado, he added.

NBC Sports introduced one more anecdote about Bogaerts’s pride as a shortstop. At the last spring camp, Bogaerts said, “I’m a shortstop. It’s a position I’ve played all my life and I’ve felt a lot of pride. “Looking at my defensive indicators, I’ve been fine for the past few years,” he said proudly. “I’ve never thought about changing my position. Why would I think of second or third base when I’m running at shortstop? It’s a meaningless question. “I just try to get better (defensively) by playing as a shortstop,” he dismissed.