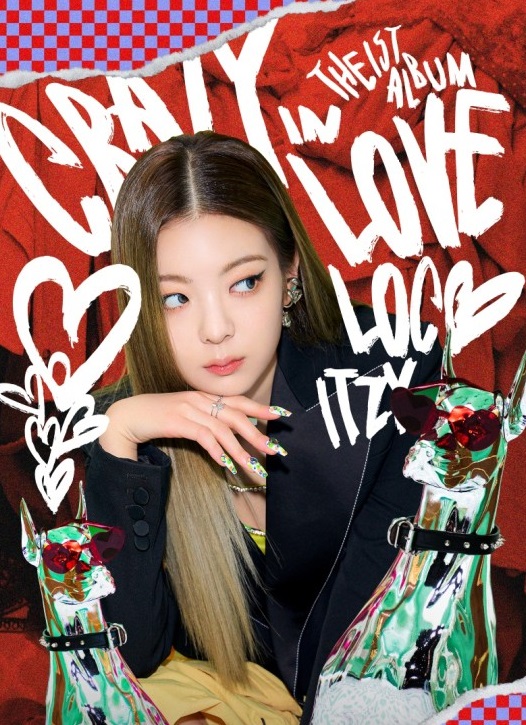 ITZY, ahead of the release of its first full-length album “CRAZY IN LOVE” on the 24th, released a group teaser photo of the new song “LOCO” on various official SNS channels on the 7th, and opened individual concept images of Yeji and Lia at 0 o’clock on the 8th.

The two members showed off their unique personality and charm and fascinated fans at home and abroad. Yeji showed off her unique pigtails and color makeup and caught the eye with a photo-genic pose using both arms. Lia perfectly performed bold styling such as colorful accessories and nail design, and gave off a chic atmosphere with a chic look.

ITZY shines the clear presence of the “fourth generation representative girl group” through its new album “CRAZY IN LOVE” and title song “LOCO.” The members poured out their passion to complete the high-quality work, and they will show a variety of teeing contents, including a new album tracklist, photo book preview, a sidetrack “SWIPE” concept image, album spoiler, “SWIPE” music video teaser, and title song music video teaser.

The new song “LOCO” is a song that sings an intense feeling of attraction, and contains a new image of ITZY that always does not lose its confidence based on belief in itself. In particular, through the group’s representative songs “DALLA DALLA” and “WANNABE,” the third meeting with the famous K-pop composition team “War of Stars” (GALACTIKA *) was held, leading K-pop fans to the highest expectations.

Meanwhile, ITZY releases the new album “CRAZY IN LOVE” at 1 p.m. on September 24 and 0 p.m. on Eastern Time in the U.S. and coolly quenches the thirst of fans around the world who have been eagerly waiting for the full-length album.