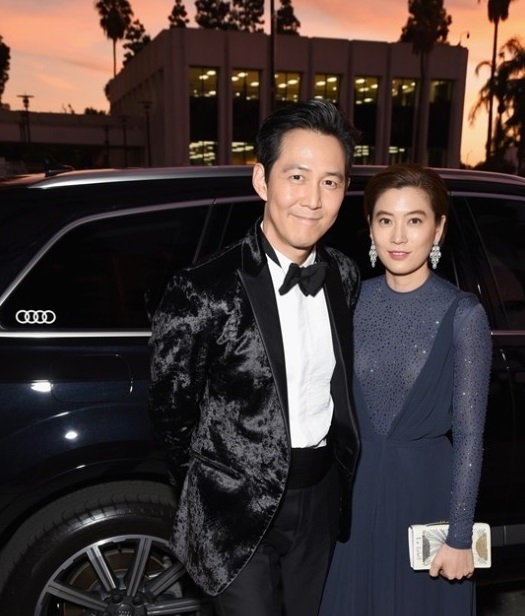 Director Lee Jung-jae’s first production, “Hunt,” was invited to the Midnight Screening section of the non-competitive category at the 75th Cannes Film Festival and screened the World Premier at the Cannes Lumiere Grand Theater in France at midnight local time.

Vice Chairman Lim Se-ryeong sat behind Lee Jung-jae with an acquaintance and quietly watched the movie. It is said that he enjoyed the movie while watching his lover’s first directorial debut at the theater for the first time.

“Hunt” is a spy action drama in which security agents “Park Pyeong-ho” and “Kim Jeong-do,” who suspect each other to find spies hidden in the organization, face a huge incident called “Korea’s No. 1 assassination operation.”

Hunt, which was unveiled for the first time on the day, showed the essence of perfect spy action. In particular, “Hunt” caught the eye by implementing a tight plot and a perfect action beautiful miseon. After the movie was screened, Lee Jung-jae and Jung Woo-sung looked happy with the enthusiastic response. Director Lee Jung-jae was moved to tears as he waved at the camera, and Jung Woo-sung was also moved. In addition, the two hugged each other and produced a hug scene. The standing ovation lasted about seven minutes.

Hunt, which was first unveiled to the world through the 75th Cannes Film Festival, is scheduled to be released this summer.