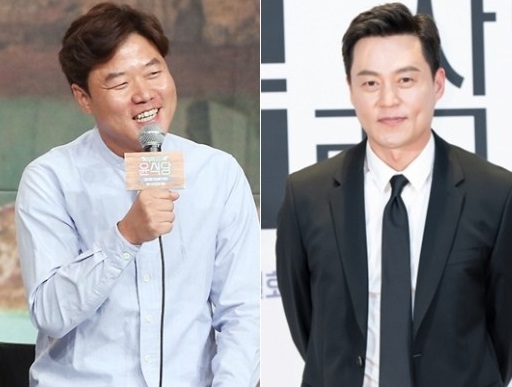 Seojin’s (tentative title), which is drawing attention as a new new year’s work by producer Na Young-seok, the Midas Son of the entertainment industry, will meet with viewers next month.

According to Star News coverage on the 10th, tvN’s entertainment program “Seojin’s” (directed by Na Young-seok and Jang Eun-jung) is in the midst of final work with the goal of broadcasting in early February. The formation is expected to be Friday evening.

tvN has completed a new “Prime Time” by organizing producer Na Young-seok’s representative entertainment programs such as “Three Meals a Day,” “New Journey to the West,” “Grandpa Over Flowers,” “Yoon Restaurant” and “Bbyongbbyong Earth Entertainment Room” on Friday evening. As the first broadcast of “Seojin’s” is imminent, prospective viewers’ interest and expectations are expected to increase further.

“Seojin’s” is a new franchise restaurant that connects “Yoon Restaurant,” and is a “restaurant entertainment” program in which actor Lee Seo-jin, who has been active as a director in “Yoon Restaurant,” has been promoted to president and challenged with street food called “Korea’s fast food.”

Members of the existing “Yoon Restaurant,” including Lee Seo-jin, actors Jung Yoo-mi and Park Seo-joon, have confirmed their appearance. Actor Choi Woo-sik, who had a relationship with producer Na Young-seok, and “World Star” BTS V were also present as another spin-off of “Yoon’s Restaurant.”

In May 2021, V appeared on tvN’s entertainment program “Business trip 15 Nights” and received a “program ticket” that allows him to appear on PD Na Young-seok’s program at any time.

If the existing “Yoon Restaurant” introduced traditional Korean foods such as bulgogi and bibimbap, “Seojinne” will visit viewers with a lighter and more friendly menu.

In particular, Lee Seo-jin, who was promoted to president, is expected to enter full-fledged restaurant management as a graduate of New York University’s business department. Actor Yoon Yeo-jung, who has led “Yoon Restaurant” as the main chef and president, failed to join due to the filming schedule for season 2 of the Apple TV+ original series “Pachinco.”