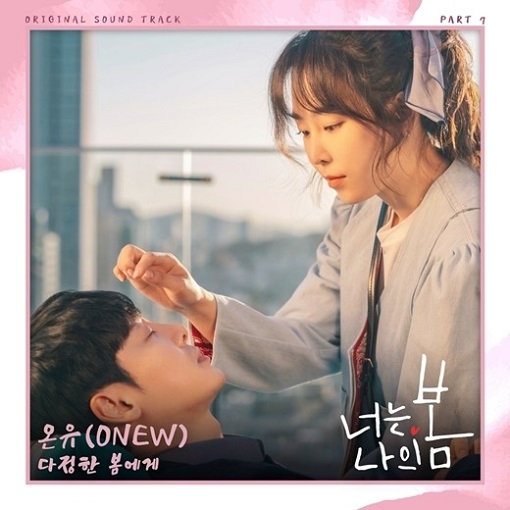 Onew, a member of the group SHINee, will sing the OST of tvN’s Monday-Tuesday drama, You Are My Spring sm타운

On the 3rd, production company Maeum C said, “Onew’s ‘Dear Spring’ will be released at 6 p.m. on the same day through major domestic music sites.”

The seventh OST of “You Are My Spring” is a lyrical yet mournful melody. In the drama, the main character, Youngdo (Kim Dong-wook), who is not easily approachable to Dajung (Seo Hyun-jin), expressed his feelings in the lyrics. In particular, in the 9th episode, it was reported as an ending song in a scene that became a hot topic for the kiss scene between Dajung and Yeongdo.

Meanwhile, tvN’s Monday-Tuesday drama, You Are My Spring, airs every Monday and Tuesday at 9 p.m.