At 9 p.m. on the 5th, Seoul lights off… Supermarkets and academies stop operating at night 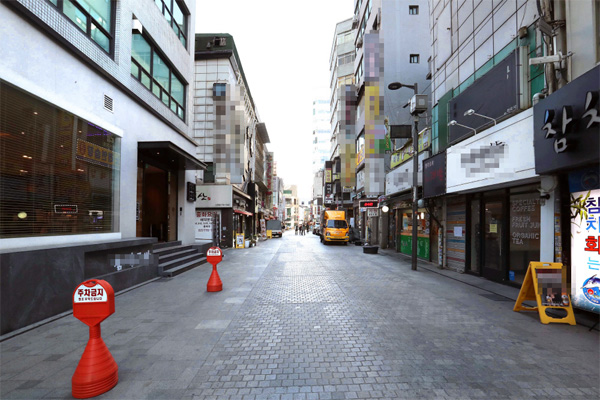 The number of Corona 19 infections reached 629 in a day as of midnight on Friday, surpassing the 600 mark in nine months. In response, the Seoul Metropolitan Government has decided to impose a virtually strong “night curfew” on marts and reading rooms, including a 30 percent reduction in overnight public transportation operations, after 9 p.m. from May 5. In addition, middle and high schools in Seoul will be converted to remote classes for all grades for two weeks from July 7 to 18.

“We have been making efforts to protect both quarantine and people’s livelihoods, but so far, it is impossible to respond to the crisis,” Seoul Mayor Seo Jeong-hyeop said in an emergency briefing on the 4th. “We have decided to suspend the movement and activities except for the minimum economic and social activities necessary for our livelihood.”

The Seoul Metropolitan Government has decided to suspend operations at general management facilities such as movie theaters, PC rooms, arcades, reading rooms, study cafes, amusement parks, beauty centers, marts and department stores after 9 p.m. In the second stage of keeping social distance, only restaurants, cafes, indoor sports facilities, etc. were banned from gathering after 9 p.m., but the scope of the ban was expanded. However, small convenience stores less than 300 square meters are allowed to be operated and restaurants are allowed to be packed and delivered for citizens to purchase daily necessities.

A total of 25,000 private institutes, reading rooms and study cafes in Seoul will also be suspended after 9 p.m. The Seoul Metropolitan Government has decided to strongly recommend online classes for hagwon classes before 9 p.m.

Measures to reduce the number of overnight public transportation operations will also be implemented one hour earlier from the current 10 p.m. to 9 p.m. Buses in the city will be cut by 30 percent and subways will be cut by 30 percent after 9 p.m. from the 5th. In order to disperse the floating population during rush hour, 50 percent of workers at investment-funded institutions in Seoul, 25 autonomous regions and 25 cities will be working from home and on time. Middle and high schools in Seoul will switch to remote classes for all grades, but they can only go to school when the principal judges that they need to go to school for final exams. However, the academic management of elementary schools continues in the same way that the concentration level, which is currently the second level of distance, is less than one-third. The kindergarten also decided to continue its existing academic schedule as the ratio of students who need care is high and there are not many who attend private academies after the House of Representatives.

Meanwhile, the Korean Confederation of Trade Unions held sporadic rallies in Yeouido, Yeongdeungpo-gu, on Monday morning despite the Seoul Metropolitan Government’s plan to ban rallies. Participants (with 1,030 people reported in advance) held a one-man protest with pickets reading “Blocking the Labor Union Destruction Act” at 23 locations in Yeouido, including the National Assembly building, to oppose the revision of the labor union law.

Police deployed 181 police units around Yeouido to prevent rally forces from joining forces. One person who assaulted a police officer during the process of disbanding the assembled personnel was arrested at the scene.